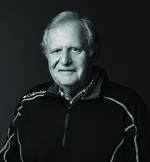 Tim Boyle has served as chief executive officer of Columbia Sportswear Company since 1988 and reassumed the role of President in 2017, which he had previously held until 2015. Tim was appointed Chairman of the Board in 2020. He oversees operations of the active outdoor company from its Portland, Oregon headquarters.

Tim's career with Columbia Sportswear began in 1971 when, during his senior year at The University of Oregon, his father, who had been running the company since 1964, died suddenly of a heart attack. His mother, Gert Boyle, quickly enlisted Tim's help in order to continue the aggressive expansion that her husband had initiated and that had expanded the company's sales that year to $1 million.

An alumnus of Portland, Oregon's Jesuit High School (1967) and the University of Oregon (1971, B.S. Journalism), Tim serves on the Boards of Directors of Northwest Natural Gas Company and Craft Brew Alliance, Inc.

Stephen E. Babson has served on the Board of Directors since July 2002. Mr. Babson chairs the Compensation Committee. Mr. Babson is a Managing Director of Endeavour Capital, a Northwest private equity firm, which he joined in 2002. Prior to 2002, Mr. Babson was an attorney at Stoel Rives LLP. Mr. Babson joined Stoel Rives in 1978, was a partner from 1984 to February 2002, and served as the firm's chairman from July 1999 to February 2002. Mr. Babson serves on a number of boards of privately-held companies, including Genesis Financial Solutions, Inc.; Good Food Holdings, LLC, owner of Bristol Farms and Metropolitan Market, LLC; New Seasons Market LLC; Pendleton Woolen Mills, Inc.; USNR, LLC; Vigor Industrial LLC; Zoom Management, Inc., dba ZoomCare; PMI (Pacific Market International, LLC); and OFD Foods, LLC. Mr. Babson brings a combination of financial and legal expertise to the Board. His experience in a private equity firm provides Columbia with valuable insights related to capital markets, strategic planning and financial integrity.

Andy D. Bryant has served on the Board of Directors since 2005. Mr. Bryant chairs the Nominating and Corporate Governance Committee. Mr. Bryant was named Chairman of the Board of Intel Corporation (NASDAQ: INTC) in May 2012. Previously, Mr. Bryant was named a director and Vice Chairman of Intel in July 2011 and most recently served as Executive Vice President of Technology, Manufacturing and Enterprise Services and Chief Administrative Officer of Intel Corporation until January 2012. Mr. Bryant joined Intel in 1981 as Controller for the Commercial Memory Systems Operation, became the Chief Financial Officer in February 1994 and was promoted to Senior Vice President in January 1999. Mr. Bryant expanded his role to Chief Financial and Enterprise Services Officer in December 1999, and was promoted to Chief Administrative Officer in October 2007. Prior to joining Intel, Mr. Bryant held positions in finance at Ford Motor Company and Chrysler Corporation. Mr. Bryant served on the board of directors of Synopsys, Inc. (NASDAQ: SNPS) from 1999 to 2005 and is a member of the board of directors of McKesson Corporation (NYSE: MCK). Mr. Bryant's years of experience at a large, global public company provide operational, strategic planning and financial expertise to the Board.

Walter T. Klenz has served on the Board of Directors since 2000. He served as Managing Director of Beringer Blass Wine Estates from 2001 until his retirement in 2005. Mr. Klenz became President and Chief Executive Officer of Beringer Wine Estates in 1990 and Chairman of its board of directors in August 1997, and he served in those positions until the 2000 acquisition of Beringer Wine Estates by Foster's Group Limited. Mr. Klenz joined Beringer Wine Estates in 1976 as Director of Marketing for the Beringer brand, where he also served as Chief Financial Officer from 1981 to 1990. He served as a director of America West Airlines from 1998 until 2005. Mr. Klenz also serves as a director of Vincraft Group, Free Flow Wines and J. Lohr Winery, all privately-held wine companies, and Sonoma State University Wine Business Institute, a non-profit organization. Mr. Klenz brings a combination of global branding, distribution, financial, and operational expertise to the Board.

Kevin Mansell, has served as a member of the Board of Directors since March 2019. Mr. Mansell spent over 35 years at Kohl's Corporation, most recently serving as its Chairman, Chief Executive Officer and President prior to retiring in May 2018. Mr. Mansell began his retail career in 1975 with the Venture Store Division of May Department Stores, where he held a number of positions in buying and merchandising. He joined Kohl's Corporation in 1982 as Divisional Merchandise Manager. He served as Executive Vice President and General Merchandise Manager from 1987 to 1998 and as Senior Executive Vice President of Merchandising and Marketing from 1998 to 1999. Mr. Mansell served as Kohl's President from 1999, Chief Executive Officer from 2008 and Chairman of the Board of Directors from 2009 until his retirement in May 2018. Mr. Mansell brings a combination of retail, public company, strategic and financial expertise to the Board.

Ronald E. Nelson has served on the Board of Directors since 2011. He joined NIKE, Inc. in 1976 and went on to serve as Vice President from 1982 to 1997, overseeing a wide variety of operations, including NIKE's early advertising, promotions and retail operations, global footwear sourcing and financing, and the global apparel division, and he served as President of NIKE's Japanese subsidiary from 1995 to1997, retiring from NIKE in 1997. Mr. Nelson served as an advisory board member to Columbia in the 1970s and today serves as an informal advisor to several small companies. Mr. Nelson's broad and deep experience within the apparel and footwear industry provides the Board with insights and guidance regarding our global supply chain, marketing and growth strategies.

Sabrina Simmons has served as a member of the Board of Directors since October 2018. She served as Executive Vice President and Chief Financial Officer of Gap, Inc. from January 2008 until February 2017. Previously, Ms. Simmons also served in the following positions at Gap: Executive Vice President, Corporate Finance from September 2007 to January 2008, Senior Vice President, Corporate Finance and Treasurer from March 2003 to September 2007, and Vice President and Treasurer from September 2001 to March 2003. Prior to that, Ms. Simmons served as Chief Financial Officer and an executive member of the board of directors of Sygen International PLC, a British genetics company, and was Assistant Treasurer at Levi Strauss & Co. Ms. Simmons currently serves as a member of the board of directors of Williams-Sonoma, Inc., a consumer retail company, where she is the chair of the audit and finance committee, and of e.l.f. Cosmetics, Inc., an international cosmetics company, where she chairs the audit committee. Ms. Simmons also currently serves on the Haas School of Business Advisory Board. Ms. Simmons brings a combination of public company, global retail and financial experience to the Board.

Malia H. Wasson was elected to the Board of Directors in 2015. Ms. Wasson chairs the Audit Committee, and the Board has designated Ms. Wasson as an "audit committee financial expert." Ms. Wasson worked at U.S. Bank of Oregon for over 25 years, serving as President of U.S. Bank's Oregon and Southwest Washington operations from 2005 to 2015. She served as U.S. Bank's senior executive in the region and led the U.S. Bank Board in Portland. In addition to her role as President, she led the Oregon Commercial Banking group for U.S. Bank, which provides a wide variety of financial services to middle market companies. Prior to joining U.S. Bank, Ms. Wasson held various commercial lending positions with the former Oregon Bank and Security Pacific Bank of Oregon. Currently, Ms. Wasson is the President of Sand Creek Advisors LLC, which provides business consulting to CEOs of public and private companies. Ms. Wasson currently serves as a member of the board of directors of Northwest Natural Gas Company (NYSE: NWN). She is also a director of the Oregon Business Council and member of the Oregon Business Plan Steering Committee. Ms. Wasson formerly served on the boards of Oregon Health & Science University Foundation, Inc., OHSU Knight Cancer Institute, Portland Business Alliance, Greater Portland Inc. and as a Senior Fellow of the American Leadership Forum. Ms. Wasson's extensive experience in commercial banking, finance and accounting, as well as local and regional leadership, enables her to provide insight and advice to Columbia on strategic matters including mergers and acquisitions, consumer and commercial businesses, regulatory, marketing, public and government policy and relations, and human resources and diversity.

Meet our Board of Directors and view their bios

View Board of Directors

Guidelines, Charters, and other Governance-related documents